Which Sofas Are Right for You? 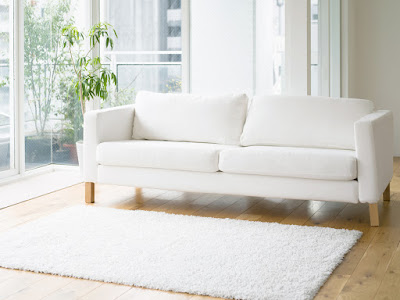 Have you just recently moved into your own place? Did you just buy a big house with a lot of rooms to fill? Maybe you haven't relocated in any way, but your furniture is still in dire need of replacement. What should you look for to distinguish quality sofas from impostors? Much like everything else, if you want to get the most for your money in terms of couch shopping, then it is going to take some work. Be ready to sit, bend, dig, turn and reach to determine whether or not the sofas you are interested in are up to par.

Probably the most important task in couch comparing is to test out the cushions. You guessed it. To do this you will have to actually sit on the couch. It is important to not only test the comfort of a particular seat, but also the elasticity of the cushion. After sitting on a cushion, does the seat quickly return to its original shape? If not, chances are that the seats of the couch will not last as long as you would like.

The springs in couches are almost as significant as the cushions. There are generally three main types of furniture springs. They are serpentine, eight-way tied and four-way tied. Serpentine springs are commonly referred to as "no sag springs." Sofas with these springs tend to be on the cheaper side because they offer very little support. Eight-way tied springs actually form a webbed support system as the springs crisscross in eight different directions. These higher end varieties actually flex when weight is put on them, so they allow for movement without compromising support. Finally, four-way tied springs are a middle of the road alternative to the expensive eight-way tied and the cheaper serpentine options. Obviously, the four-way tied springs cross in four directions. This option is actually just as durable as the eight-way variety, but it takes less labor to assemble, so the sofas that use this method will be a little cheaper.

The next thing to look at is the frame of the couch. You may have noticed that some couches have frames that are screwed together while some are simply stapled together. Though it may seem that the screwed frames would be more durable, this is not always the case. The thing to look for is whether or not the joints of the frame are glued properly along with either being stapled or screwed correctly. If a couch has a frame constructed with glue and staples, and it is done the right way, then it can last a lifetime. The staple construction, again, is less labor intensive, and therefore the couch will probably be less expensive than a comparable screwed together model.

There you have it. All the information you need to know to make an informed sofa purchase.