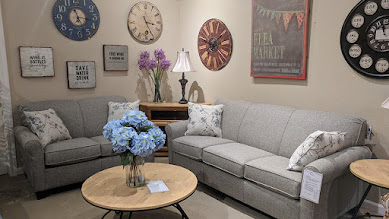 In Western architecture, a living room, also called a lounge room (Australian English), lounge (British English), sitting room (British English), or drawing room, is a room for relaxing and socializing in a residential house or apartment. Such a room is sometimes called a front room when it is near the main entrance at the front of the house. In large, formal homes, a sitting room is often a small private living area adjacent to a bedroom, such as the Queens' Sitting Room and the Lincoln Sitting Room of the White House. After World War I the living room was the least used space in the house, and was referred to as the death room.

In the late 19th or early 20th century, Edward Bok advocated using the term living room for the room then commonly called a parlo[u]r or drawing room, and is sometimes erroneously credited with inventing the term. It is now a term used more frequently when referring to a space to relax and unwind within a household. Within different parts of the world, living rooms are designed differently and evolving, but all share the same purpose, to gather users in a comfortable space.